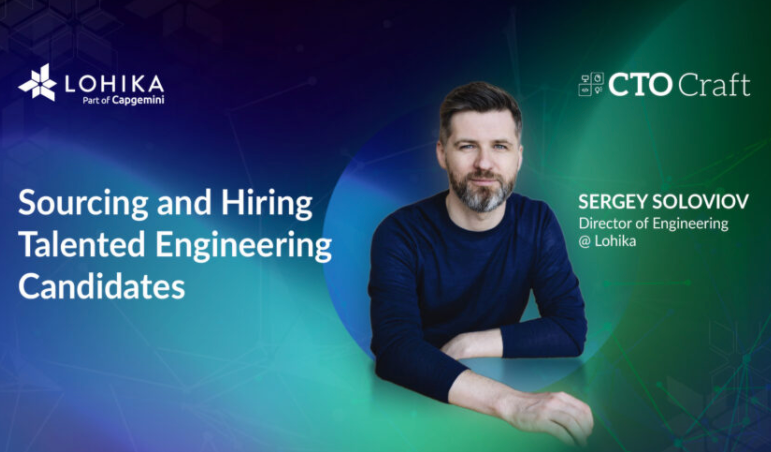 Hiring for experience vs. potential

When recruiting for engineering positions, April asked the panel how they think about hiring for experience vs. potential. CircleCI’s Rob Zuber advised against hiring for expertise in particular technologies.

Yes, expertise in the technologies you’re using is important, but don’t make that the sole factor in bringing on a candidate. Why? Because what we use today (i.e., technologies) isn’t necessarily what we’ll be using tomorrow. Instead, Rob says, understand candidates’ approach on how they learn new technologies. If their approach to learning is solid, it will help them adapt and evolve in a changing world.

VPECoach’s Don Neufeld says that for highly specialized roles, hiring for experience is suitable. However, Don says that most engineering roles are broader. Hiring for potential is the better approach. With the competition for hiring so fierce, Don recommends finding people with potential that have been overlooked. You can accelerate growth by landing candidates that other organizations missed.

Our own Sergey Soloviov recommends that engineering leaders hire for potential if the situation allows for it. Similar to Don’s point, Sergey notes that certain specialized roles force you to emphasize experience. Overall, however, hiring for potential is the right approach. Sergey says to identify the traits you want to see in candidates. For example, curiosity is often a strong indicator of future success, while enjoying confrontation might lead to more work (i.e., overhead) on the part of the hiring manager.

How to compete with FAANG (Facebook, Apple, Amazon, Netflix, Google)

Relatively speaking, it’s easy for Facebook, Apple, Amazon, Netflix, and Google to attract and recruit engineers. They have name recognition, nearly unlimited resources, and high-flying stock prices. April asked the panel, “How do you compete against FAANG when hiring engineers?”

Don says to differentiate. If you play the same game as everyone else, you’ll get the same results. Figure out how your organization can stand out and how it can be unique. Due to their size, FAANG companies often can’t move as nimbly as a startup. Use that to your advantage — you can make an offer in far less time, says Don.

In addition, FAANG companies don’t often let candidates meet with specific teams or managers. So your approach should be to give candidates much more detail on the people and technologies they’ll be working with. Show them how their roles can create an immediate impact in the organization. At a FAANG company, it can be harder to see your work lead to tangible impact.

The importance of the candidate experience

In a rush to hire and onboard engineers, one thing we often forget about is the candidate experience. For example, what were the candidates’ first impressions? Did the interview start on time? Did candidates receive clear and timely information on the next steps after the interview?

The quality of the candidate’s experience can determine whether an engineer accepts your offer. Rob says that the interview is a two-way conversation. A lot of organizations think of it as one-way.

Those organizations will “hammer” a candidate with technical questions for an hour. Rob thinks this approach is wrong. Instead, let the conversation flow in both directions. Ensure the candidate has the opportunity to understand your company, including your culture and who you are.

Sergey says to finish the interview by validating that the candidate clearly understands the role they’re interviewing for. It seems like a basic step, but if there’s a disconnect between you and the candidate, then the relationship just started on the wrong foot. Sergey also recommends highlighting your company culture and showing candidates what it’s like to be part of the team.

April asked the panelists how they think about Diversity, Equity and Inclusion (DE&I) in hiring and what tools they use. As a first step, says Rob, ensure that the panel evaluating candidates is diverse. A diverse panel gives candidates a comfort level. They can picture themselves fitting into the company and culture. On DE&I, Rob says that organizations should foster a culture that says “this is important to us.”

To detect bias in job descriptions, Rob and the team use a SaaS tool called Textio.

Part of April’s business is to work with technology companies to identify bias and how it might play out in the hiring process. For April, it’s important to be aware of biases and barriers and determine how to reduce their impact.

One technology platform she likes is Applied, which bills itself as an ethical and efficient recruitment platform. The company describes itself as “recruitment software that improves diversity and predicts the best candidates.”

How to think about an engineering services partner

Sergey says that in the past, tech companies would choose engineering services partners to manage legacy code. For maintaining software, the stakes are lower and less business-critical. Organizations had a perception that it’s hard to find an external partner with the necessary skills to handle complex core development.

This perception is shifting, as many clients hire Lohika to perform core development. Elite technical talent can be found in all corners of the globe — success depends on how the work and the teams are organized. Learn about the Lohika engineering model and hear directly from some of our clients.