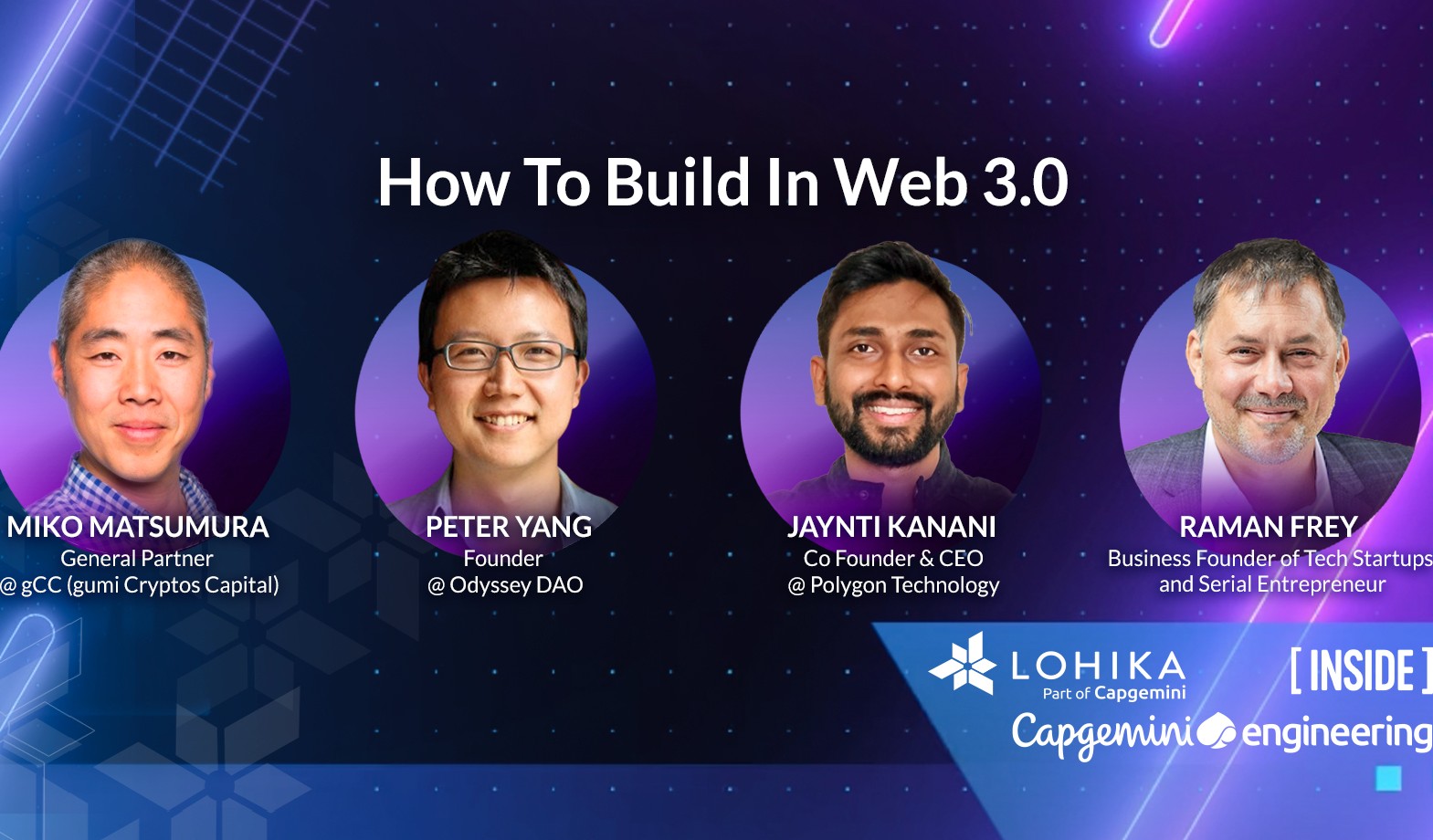 Recently Lohika sponsored a virtual event from Inside.com titled “How to Build in Web 3.0.” At the event, founders, CEOs and experts in blockchain technology discussed what developers need to know in order to succeed in the new world of Web 3.0.

Peter Yang, Founder of Odyssey DAO and Product Lead at Reddit, did a talk about solving customer problems with Web3.

Peter started by discussing the thesis of Web3. Sure, decentralization is nice, says Peter, but the majority of end-users don’t really care about that. Instead, Peter notes that Web3 and crypto have one feature that never existed before: trust.

Trust is enforced on the blockchain. And with trust, Peter says that people can finally own the upside from their work. And with that, Web3 can democratize access to work, finance (e.g., DeFi) and assets (e.g., NFTs).

Raman Frey on the promise of Web3, the NFT frenzy and more

Friend of Lohika Raman Frey is the Founder of Good People Dinners and host of our Lohika Re:think event series.

During his talk, Siraj Raval answered a viewer’s question on how to help developers transition to Web3. Siraj said to visit the Polygon Academy, which he made himself. He found and curated Web3 resources and made them accessible on the academy site. The academy enables engineers to go step-by-step and progress from beginner to advanced levels of Web3. Outside of the academy, Siraj mentioned subreddits and Twitter Spaces that Polygon participates in.

Web 3.0 founders and experts in a Q&A session

The event concluded with a Q&A session featuring Web 3.0 founders and experts. Our own Tom Scopazzi joined as a panelist.

The panel covered the following topics:

We enjoyed participating in web3-related online events this year. Read summaries of these events: