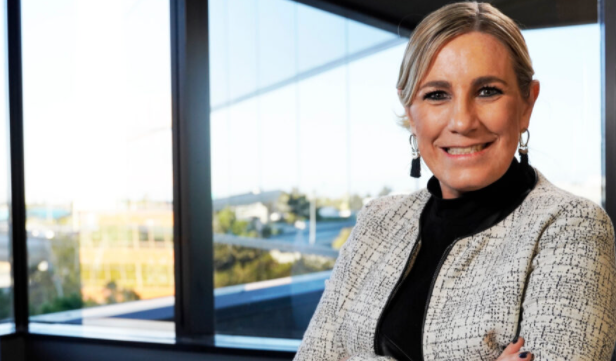 In 2019, The Marketing Team at Lohika (part of Capgemini Group), led by Cindy-Anne Lewis, Global Head of Marketing developed a repeatable formula:

Lohika partnered with Raman Frey, Founder of Good People Dinners, to host a series of intimate meals with engineering leaders. The meals took place in San Francisco, Seattle, New York and other cities. During the events, the conversation and networking were as central as the food and wine.

A community of engineering and product leaders

Participants traded notes and business cards, fostering a growing community of engineering leaders. Lewis was able to directly attribute the meals to new business opportunities and revenue. With the process and formula refined throughout 2019, the team readied to take these dinners to the next level in 2020.

The first dinner of 2020 took place in January in San Francisco. Weeks later, a global pandemic hit, shelter-in-place orders took hold and indoor dining was no longer permitted. “If our 2020 marketing plans were a sailboat, then the pandemic took the wind out of our sails. In fact, the sails were completely drawn shut,” said Lewis.

With in-person experiences off the table for the foreseeable future, what comes next? Online experiences were the obvious answer, but what form would they take and would they yield comparable results?

Some marketing leaders panicked in the early days of the pandemic, but not Lewis. She stayed steady at the helm and got right to work on a new approach to steer the marketing sailboat. In this article, we’ll share how Lewis navigated the unsteady waters and successfully steered the Lohika marketing ship to shore.

Plato already had a “Live Q&A” webinar series, with plans to pivot their “Elevate” conference from in-person to virtual. Moving quickly, Lewis and team secured a series of Plato Live Q&A webinars. While Plato provides a moderator for each Q&A, Lewis invited Lohika clients to be featured guests, including PagerDuty’s VP Engineering.

The Q&A webinars generated hundreds of live attendees, many of whom became qualified sales leads for Lohika. Lewis and team doubled down on their Plato bet by sponsoring two “Plato Elevate” half-day virtual summits in 2020. The marketing team was able to attribute new client wins as a result of these sponsorships.

The Reaction Power team met weekly with the Lohika marketing team to discuss campaign strategy, tactics and results. Shared Google Docs were used to collaborate on the editorial calendar, social posts and analytics reports. Here’s a glimpse of the results they achieved together:

Launch of an employee advocacy program

Lewis knew that employees can be a brand’s best advocates. Members of Lohika’s Sales and Marketing teams were ready, willing and able to share in-house and third-party content, but didn’t have a convenient way to do so. After researching solutions in the market, Lewis and team selected a product from MarketBeam, a minority-owned, female-led employee advocacy platform.

25+ members of the Lohika team were onboarded onto the platform. Lewis’ team and Reaction Power coordinated content curation, along with the scheduling of posts within the MarketBeam platform. Team members could have each post “auto-shared,” or choose to edit and customize the social copy before it was published.

In addition to sponsoring third-party events, Lewis wanted to create and host exclusive, Lohika-owned events and experiences. After brainstorming with her team and a marketing agency, “Lohika Re:think” was born.

Lohika Re:think a virtual event series of thought-provoking conversations with visionary leaders, with a goal to uncover and develop actionable ways to help transform teams, products, organizations and culture to build the next new Big Thing.

Raman Frey, Founder of Good People Dinners, was selected as the host of the event series. In 2020, the series featured a number of engineering leaders as guests.

Earlier in 2020, Lohika and parent company Altran became part of the Capgemini family. In Q4 2020, Lohika collaborated with colleagues at Capgemini to produce an online event related to AWS re:Invent.

To generate pre-event buzz and draw additional interest in the event, Lewis and team hired Olympic gold medalist Jonny Moseley to be a featured guest. The event’s theme was “agility and resilience.” Moseley discussed how he applied agility and resilience to his Olympic skiing career. Moseley also agreed to an interview on the Lohika blog.

Agility and resilience perfectly describe the approach taken by Cindy-Anne Lewis and her marketing team in 2020. Moving quickly when the pandemic struck, Lewis quickly moved to turnkey events her team could sponsor.

She wisely leveraged social media marketing and employee advocacy to broaden the reach of her content. And finally, she and team conceived innovative and creative online event formats to move the needle for Lohika’s business.

While challenges surely remain in 2021, it’s clear that she has the wind at her back.