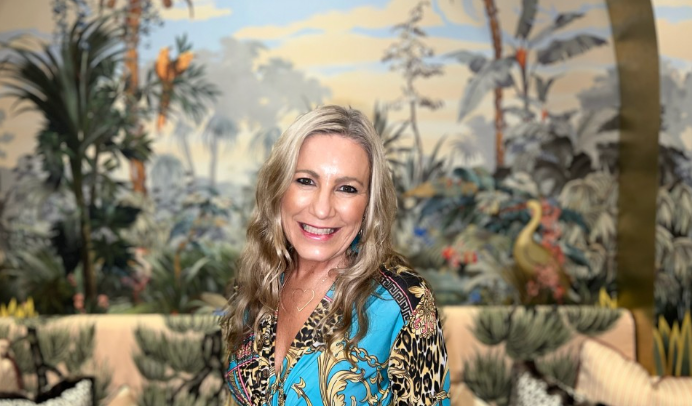 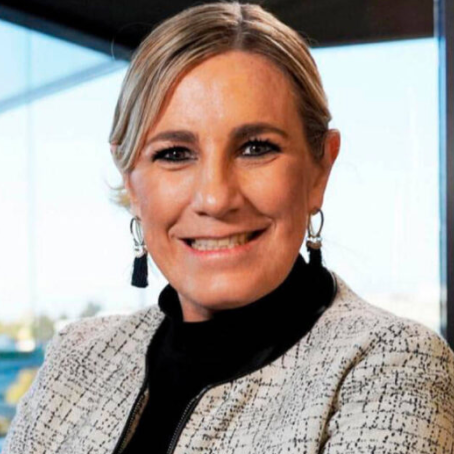 Cindy-Anne Lewis, Global Head of Marketing at Capgemini and Lohika, is an anomaly and trailblazer. She narrowly survived a serious Mountain biking accident in 2021 and returned to work one week later to lead quadruple marketing growth.

But even that doesn’t tell the whole story. Cindy-Anne Lewis has tenured experience across four continents at companies like Intel, Ericsson, and more recently Capgemini and Lohika. She has traveled to 56 countries including Spain for Mobile World Congress and 12 countries in the Middle East and Africa running conferences, events, roadshows, and innovation days. She co-founded The X-Change, a “Women in Blockchain” company to drive diversity and inclusion in Blockchain. She was part of the executive team that drove revenue from $400 million to $1.2 billion in two years at a multinational company where she led Marketing. With expertise in branding and demand generation, especially as martech has continually and radically reshaped B2B marketing, it’s obvious that she holds a few secrets to success.

2021 was a year of tremendous growth at Lohika, a Capgemini company.

As businesses spent much of the prior 18 months scrambling to adapt to extraordinary circumstances, the marketing team led by Cindy-Anne Lewis responded with agility in 2020, then doubled down in 2021. The year started strong with the shared goals, aspirations, and thrill of the strong performance from the prior quarter. Cindy-Anne set the marketing team’s focus on pipeline growth.

In the midst of this momentum, Cindy-Anne had a serious mountain biking accident.

Bedridden, with a pipeline promise to fulfill, this was yet another challenging situation that called forth her can-do attitude for creating value. She summoned the strength to keep going, and once again finished 2021 with a lot to be proud of.

What inspires Cindy-Anne Lewis to aim higher, push forward and keep going in the face of challenges?

“Just like scaling the mountains to get to the top, in life we must push ourselves to keep going and turn the challenge,” says Cindy-Anne.

Cindy-Anne’s mother has been her inspiration and role model. Her mother started a real estate company at the age of 50 following a divorce and had not worked since her early twenties. She raised four children. She grew her business into a mega-successful real estate company in South Africa. She successfully scaled and grew her business into a flourishing company and was the President of the Chamber of Commerce. At 88, Cindy-Anne’s mother is tech-savvy and active on social media, frequently posting on Facebook, Instagram, Twitter, and LinkedIn. She managed to complete the Annapurna trek in the Himalayas, as well as the Machu Picchu in her 70’s. We can see where Cindy-Anne gets her drive from. The Power of Creative Possibility

The most exciting way to use creativity these days is to harness a customer-first mentality, Cindy-Anne said.

During the early days of the pandemic in March 2020, Cindy-Anne and her team launched the Lohika Re:think virtual event series featuring experts and leading thinkers in technology and innovation. She had to pivot all in-person events to virtual events and successfully managed this. Re:think was one of the greatest Lohika virtual events to be born out of the pandemic. The goal is to host captivating conversations around the technology trends of today, as well as what the future holds.

“Never before have we been able to create a space that our customers can genuinely engage with us, where we can start the conversation and then let it take all these new and exciting tangents that we had never even thought of,” she said.

She also ran a series of Branded @Capgemini @Lohika Good People dinners in San Francisco, New York City, London, Miami, Austin, Seattle that has become extremely popular among the engineering and tech communities. Her clients love these dinners and can’t get enough of them.

Using these events, collaboration, and social media, the brand has been able to tap into the creativity of the community.

“This has given rise to hundreds of ideas and concepts that we would never have been able to create or share, and taps into the power of our community, which in turn creates a high level of customer engagement,” Cindy-Anne said.

Using its strong engineering community and a data-driven approach, Cindy-Anne said Lohika has continued to fine-tune its customer segments, micro-segments, and one-to-one communications.

A recent successful example is the Re:Think community, where engineering leaders, product leaders, and founders at high-growth tech companies connect to get insights on engineering excellence.

Understanding the lifetime value of a customer is critical to retaining customers for as long as possible.

To tap into the power of creative possibility, Cindy-Anne is constantly focused on a high-performing team. She prioritizes personality traits like grit and diversity. Keeping a team of globally distributed professionals from different backgrounds, cultures, and ethnic groups collaborating is how Cindy-Anne and her team accomplish great things.

An avid adventurer, hiker, and mountain biker, you can often find Cindy-Anne scaling a mountain on weekends. Her greatest passion currently resides in motivating people, traveling, hiking, and getting into the great outdoors.

Cindy-Anne shows that your attitude and your thinking determine your decisions and choices which make your dreams a reality. Her passion for doing something bigger drives her power of thought and is a true inspiration for others.